Bored this summer and looking for an escape? Or maybe you just want to unwind and step away from reality for a few hours? Either way, this blog post is the one for you! Our team here at the CTWAC has handpicked a few of our favorite movies from around the world for you to watch. I hope you’re good at reading subtitles because you’ll want to pay attention to every minute of these fantastic films! 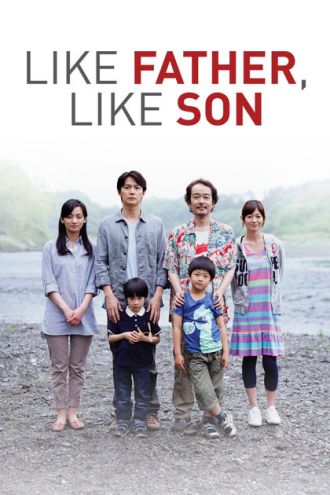 In this film, the wealthy Nonomiya family discover that they have been raising the wrong son for six years, and they must find out whether they want to raise their birth child or the one they have raised all along. They meet up with the Saiki family who have been raising the Nonomiya’s birth child, and both families take time deciding on how they want to proceed with this issue. The overall conflict of the movie mainly lies with the father, Nonomiya Ryoto, who is a wealthy businessman prioritizing lineage over love.

Hirokazu Koreeda films Like Father, Like Son beautifully and implements specific techniques to capture the different lifestyles of families in Japan. The rich Nonomiya family live in an expensive modern apartment that is constantly bright and minimalistic. The poorer Saiki family live in a small house in a rural area, which is visually striking against the Nonomiya’s home. The seemingly opposing values that each family holds are further contrasted by the visual representations that the director presents. The acting in this movie was also portrayed by the very well, demonstrating real familial-like relationships between the children and the adults. The closeness and distance within the two families makes for a heartbreaking film that forces one think about their own family or loved ones and what life would be like if certain things were left unsaid.

City of God is a dramatic crime movie about gangs in the favelas of Rio de Janeiro. The narrator, Rocket tells the stories of various people involved with the gangs as he uses photography to document the escalating drug war occurring in his neighborhood. Overall, the narrative surrounds gang leaders Lil Zé and Knockout Ned and their rise to power as major drug dealers in the neighborhood. However, the rivalry between them makes it a dangerous era for everyone involved. The movie is filmed somewhat documentary-style and is based on a true story.

This film engages viewers because of its shocking visuals and intricate story line. Since it was filmed in the actual favelas of Rio de Janeiro, City of God unveils the physical and emotional reality of living in one of the world’s most dangerous areas. However, viewers take away much more from the film. The directors show the intricacy of Brazilian teenagers trying to survive while also trying to have fun and enjoy their youth. The film shows friendships, relationships, and betrayals which are all essential parts of growing up and the human experience. While the movie focused on different characters at different times, an overarching character development remained between the main characters that was critical to the greatness of the movie. 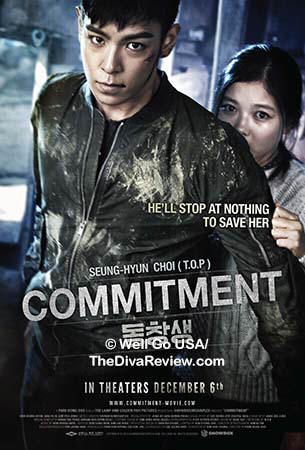 Park Hong-soo depicts the brutal power struggle between North Korea and South Korea, and framed Commitment so that the two countries heartlessly try to overpower the other. The main character is Lee Myung-hoon (Choi Seung-hyun) who is the son of a past North Korean agent. His father gets killed, leaving him and his younger sister, Lee Hye-in, to be forced into a labor camp. There, he is given the opportunity to become an agent like his late father. The main plot of the movie follows Myung-hoon as poses as a South Korean citizen and goes on a killing spree for North Korean forces. He does all of this to save his sister, who is essentially held hostage by North Korean forces.

Scarring memories engulf Lee Myung-soo right off the bat, but Choi Seung-hyun allowed that to mold his character into a “chewy” role (as they say in the acting industry). Not only did he have to play a broken boy looking for revenge, but he had to play a broken boy looking for revenge, pretending to be a high-schooler, who only wants to reunite with his sister. Through his facial expressions alone, one can see the depth that Choi went through to achieve the mastery over Lee Myung-hoon. This film is especially interesting to watch right now considering the current U.S. and Inter-Korean relations. The Inter-Korean relations demonstrated in the movie may not be entirely accurate, but the film does provide a look into aspects of the North Korean military through the cloak of an entertaining narrative. The film is a rollercoaster of events, leaving viewers anxious with anticipation.

Omar is a dramatic romance film about a boy who risks his life by climbing over the West Bank barrier to visit his girlfriend, Nadia. After being caught by Israeli soldiers, Omar gets attacked and humiliated, so him and his friends decide to attack a soldier base and kill one of the men. Omar, then, gets caught during a chase and arrested. Omar is given a chance to be freed and work as a double agent for his friends and for the Israeli government or stay in prison forever.

Like Commitment, this film touches on the highly-debated relations between Israel and Palestine, highlighting the desperate measures people will go to for love and survival. It also has the same “double life” theme, providing readers with a more nuanced story that shows both sides of this ongoing controversy. The first time I saw this film was during my sophomore year in high school where I knew little to nothing about the geopolitical struggle between Israel and Palestine, so this film was eye-opening for me to understand the reality of life in the West Bank region. The region allowed for incredible cinematography giving viewers a look into the natural beauty of that land. 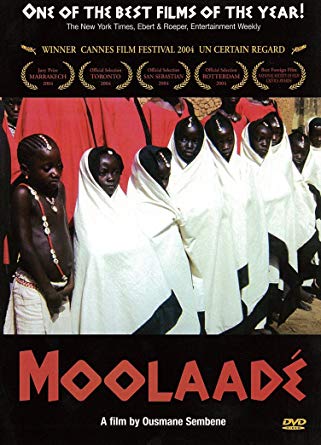 The film Moolaadé surrounds Collé, the outspoken second wife of Ciré Bathiliy, who is vehemently opposed to the longstanding tradition of female genital cutting in her village in Burkina Faso. Her stomach is covered with scars from a previous childbirth malfunction that she connects to the female genital cutting performed on her when she was younger; therefore, Collé refuses to allow her daughter to go through the procedure and ends up as the protector of four young village girls who have escaped their own cutting ceremonies. Collé uses the protective spirit of Moolaadé to protect the girls from their painful and unwarranted fates.

Moolaadé is another one of Ousmane Sembène’s incredible films focusing on the struggles that African women face and the difficulties of breaking traditions and social norms. Female genital cutting is a heavily debated topic because of its inherent violence, health risks, and sexist origins/continuations. Sembène’s decision to focus on this topic demonstrates his recognition of its popularity in mainstream news and its consequences for women in Africa. Rather than portraying the women in a helpless way, Sembène characterizes them as heroes through their resilience to stand up for their human rights. The film also showcases village life in Burkina Faso and the unique culture that these people have. For that, it is an eye-opening film that adds to one’s cultural awareness. Unlike some of the other films I have listed, Moolaadé was not shot with beautiful cinematography in a unique landscape, however, the story that it presents provides much more than tricks of the camera could. Feminism, an intricate plot, and a different perspective on the culture of Burkina Faso… what’s not to love?

Start watching and let us know what you think!