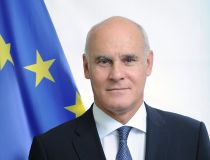 Last Thursday we had a riveting conversation with European Union (EU) Ambassador to the United Nations (UN), His Excellency João Vale de Almeida. We discussed the future of the EU, the rise of nationalism, cultural diversity and xenophobia, among other things. Thank you to our partners, UCONN CIBER and the Hartford Business Journal – we are so grateful for your continued support. Furthermore, a huge thank you to our guest Ambassador João Vale de Almeida, Ambassador of the EU to the UN, and CTWAC CEO Megan Torrey for her engaging moderation.

Ambassador Almeida began the night speaking to some of CTWAC’s Model United Nations students as part of our Student Pre-talk series. 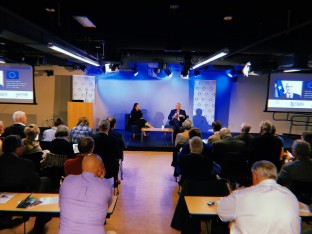 Megan and Ambassador Almeida started the panel discussion with nationalism and the “crisis of multilateralism” and how it is crucial for countries to work together to pursue a common goal, rather than isolating themselves. He emphasized that his “day to day job is to keep the 28 [members of the EU] united.” Furthermore, Ambassador Almeida tweeted that the “#EU is a firm believer in #multilateralism with the #UN at its core, but the @UN needs reform to better deliver…”

This conversation flowed easily into talk about Brexit, the 2016 referendum that confirmed the UK’s decision to leave the European Union. Ambassador Almeida clearly stated that Brexit was not a good idea, but he also emphasized that it was “an idea and a decision that we need to respect.” 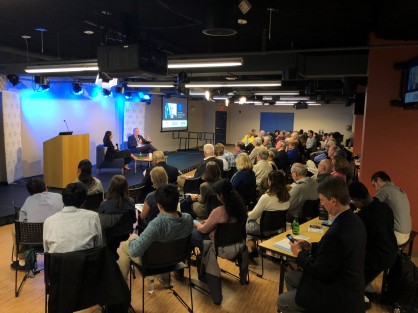 In regards to populism, a growing movement in Europe and elsewhere around the globe, Ambassador Almeida urged that we “don’t underestimate risks of populism & don’t take democracy [and] freedom for granted. Stand up [and] speak up for values we believe in. Be proud of and defend our open societies.” The growing populist parties in places like Italy, Sweden and Norway want to stem migration and integration into European society; however, Ambassador Almeida reminded us that the European Union’s motto is “united in diversity” and that there are “54 official languages in the EU. And it’s expensive. But that’s a good price to pay to respect cultural different and cultural diversity.” 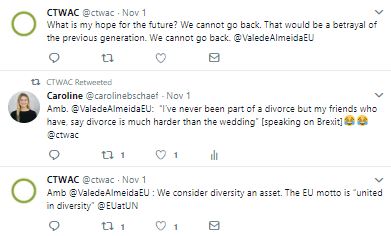